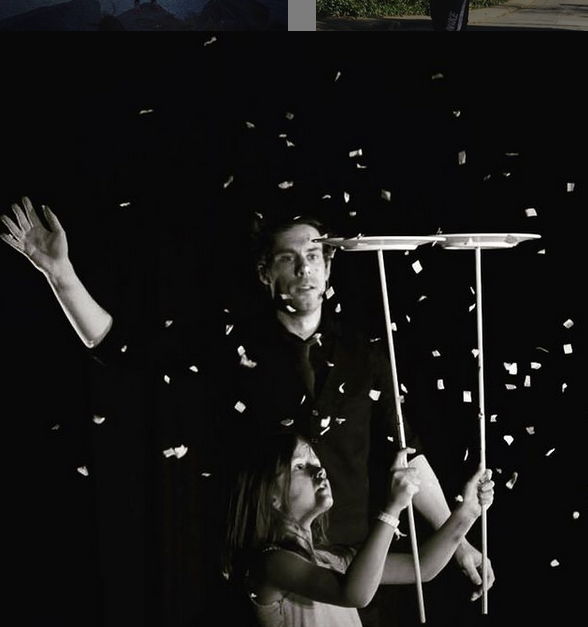 We have a fantastic new incursion available in Brisbane and the Gold Coast. Joel Fenton is a highly skilled circus performer with a broad skill range. We are taking bookings now for the Easter School Holiday period in the Greater Brisbane and Gold Coast regions. Contact us to for more information.

JOEL has been entertaining kids and adults internationally for over 25 years with insane physical circus stunts, incredible magic and side-splitting stand-up comedy.

Joel is a hit with people of all ages, young and old. His hilarious skills include unbelievable magic, juggling, and circus stunts. He deftly climbs inside a giant yellow balloon, and balances ten feet in the air on unicycles and freestanding ladders.

He was a regular performer at the famous Currumbin Wildlife Sanctuary on the Gold Coast for years performing a daily magic illusion show with live Dingos, Ducks, Doves and a Golden Brush-tail Possum named Asparagus.

Joel has also appeared numerous times on international television programmes, most recently in 2019 on Channel 7’s The Great Day Out performing his chainsaw juggling act to 200,000 people.

Joel performs over 300 shows a year in just about every venue possible, big or small. From schools to cruise ships and from arena stadiums to holiday programmes. In 2018 he entertained 80,000 screaming football fans at Suncorp Stadium during the NRL half-time shows and in 2019 he toured New Zealand in two separate variety shows, performing circus stunts, comedy magic, and big stage illusions in 50 shows across 20 different venues.

Last year Joel was also a featured invited performer in the Australian Street Entertainment Championships where he performed daily on the beachfront to thousands of Easter visitors to Surfers Paradise, on the Gold Coast.